Marion on Channel 9’s This Time Next Year 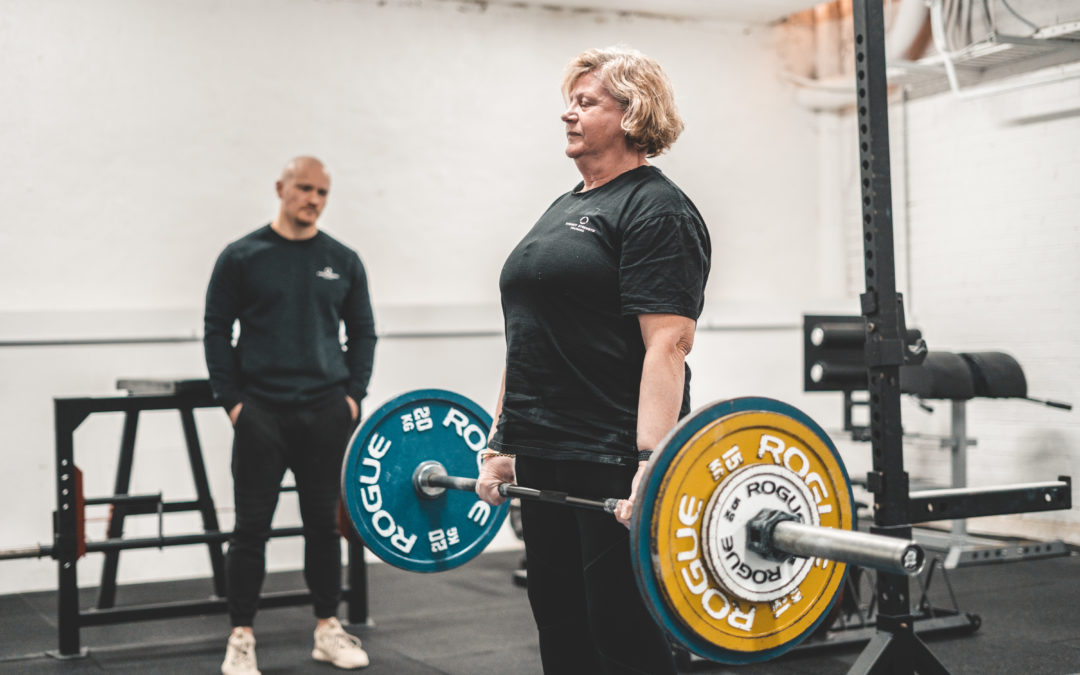 By strength training Marion regained her strength and mobility, and could even deadlift 100kg! This undoubtedly postponed the inevitable knee replacement that lay on her horizon.

In an unfortunate workplace accident at the end of 2018 Marion’s knee sustained damage worthy of a knee replacement.

Due to Marion’s strength, and muscle mass, the surgery was a breeze! Immediately after the surgery Marion applied to This Time Next Year, with the pledge “this time next year I will set an Australian masters powerlifting record in the deadlift”. At this stage she could barely deadlift, let along set a record that stood at 115kg.

Over the next year Marion put in the hard work needed to set the record. Sydney Strength Training coaches – Rheece Stennett and Joe Pemberton – accompanied Marion to the Powerlifting Australia Masters Nationals in Melbourne. At this competition Marion smashed the record deadlifting 122.5kg!!! This is an astonishing achievement considering it was less than a year post full knee replacement.

Marion didn’t stop there. At the finale of This Time Next Year Marion deadlifted a staggering 125kg in front of the audience!

Since then Marion has gone from strength to strength extending this record to 130kg!

Marion’s performance shows that you’re never too old, or broken, to do something amazing. She is an inspiration to everyone.

If Marion can do it, so can you! Get in touch to find out how we can help you regain your strength and freedom. You might even get to meet our resident TV star!